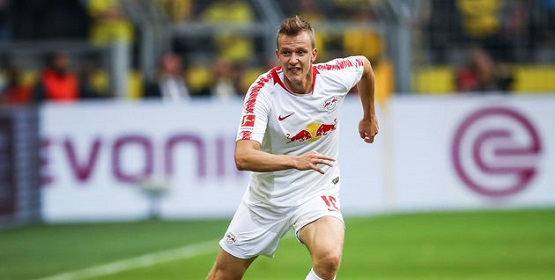 Following the signing of Gabriel Martinelli today, Arsenal is continuing to look for players to strengthen up the weakest part of their squad, the defence.

According to reports coming out of Germany, Arsenal have moved up a gear in their pursuit of RB Leipzig defender Lukas Klostermann.

La Liga giants Atletico Madrid are also reported to be interested in the 23-year-old, however, they are also keen on our very own Hector Bellerin, who occupies the same right-back position.

Both Arsenal and Atletico have been monitoring the defender at the European Under-21 championship, and some urgency is now required by Arsenal if they are not to lose out on his signature.

There is an argument that if Atletico sign Bellerin that will leave the door open for Arsenal to land Klostermann but the report in BILD claims that even if the Spaniard remains at the Emirates, Arsenal will still be very much in the race to sign the German international.

Klostermann looks a decent player and could easily play in the same team as Bellerin with the Spaniard playing the more traditional wing-back role in front of the young German on the right side of a back three.

NEXT - Why are Arsenal not listening to Crystal Palace?

This is certainly an interesting one simply because the defence does need strengthening and the versatile Klostermann does appeal.