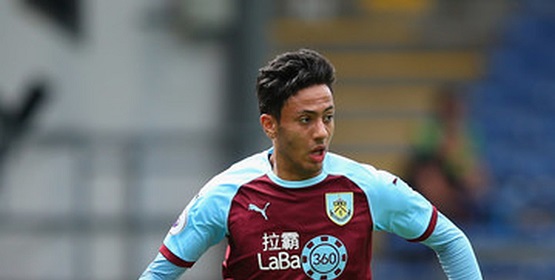 It is being reported in the media that Arsenal are interested in yet another teenager, however, this one could be credible due to comments made by a teammate.

The player in question is Burnley teenager Dwight McNeil who has attracted the attention of multiple clubs including Arsenal and Manchester City.

Other clubs reported to be tracking the England U20 international are Newcastle and Everton.

What is interesting about this particular speculation is that the local newspaper the Burnley Express, are convinced that the named clubs are highly interested and the local papers tend to be more accurate than the nationals.

Add into the mix comments from teammate James Tarkowski, when asked about interest in McNeil, said

“Any player doing well in the game will have people sniffing around them, especially with the age he is. He’s still so young and he’s got so much time to improve.

“That statistic [most productive teenager in the PL] wouldn’t surprise me because of his quality and the demand from him.

“He wants the ball, he wants to beat people, he’s gone to some big places and gone up against some big players and shown how good he is.

“Away at Anfield, even though we were beaten, he was our best player that day and he’s probably been one of our best players over the second half of the season. That shows how good he is but he just needs to keep doing that now.”

The 19-year-old is clearly talented, he was invited to train with the senior England squad and from 21 Premier League appearances he knocked in three goals and five assists, not bad considering how Burnley struggled last season.

He would be a good alternative to other Arsenal targets, Bournemouth Ryan Fraser and Crystal Palace’s Wilfried Zaha in the event we fail to land either player.

This rumour could be one of those sneaky ones that remain under the radar before becoming a strong possibility.

No fee has been mentioned but he carries a valuation of just over £16 Million which is rising all the time.