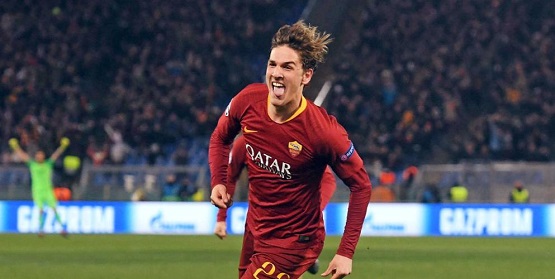 Arsenal ready to take Tottenham on for one of their targets

Tottenham may be trying to hijack the William Saliba deal but that does not mean that Arsenal will just roll over every time their bitter rivals are on the scene.

Reports today are claiming that we have joined Spurs and Juventus is chasing the signature of Roma midfielder Nicolo Zaniolo.

Juve and Tottenham have been seen as the frontrunners for the 20-year-old but you can now add Arsenal to the list of suitors if the reports in Italy are accurate.

Zaniolo is clearly a talented individual, he had a great season for Roma which culminated in a call up to the Italian national team.

The youngster is said not to be too keen on leaving Roma but does want a better contract and significant wage increase and that is where Juve, Arsenal and Tottenham come in, they can offer far better terms than what Roma can.

The main obstacle for Arsenal would be Champions League football, both Juve and Spurs can offer that, we cannot and if all three clubs were to meet his personal demands then lack of participation in Europe’s premier competition would put us at a severe disadvantage.

No fee has been mentioned but he will not come cheap and that again may well hinder Arsenal but even so, the fact that it is being reported that we are in the running is a positive sign.