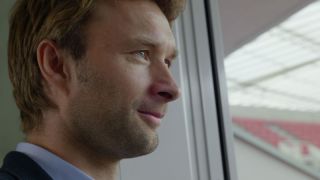 Arsenal famously decimated their scouting team during the early days of the Covid pandemic, but now with the Gunners new youth policy it seems they are intending to widely expand their search for the best young talent in the world.

Per Mertesacker explained last week that the Academy had become much more important to the club, as such spending as we saw last summer was “unsustainable” by Arsenal, when they should be looking at promoting from within.

The big German said: “Edu and Mikel did a lot last summer, but that’s not sustainable for us as a football club.

“We’re not going to do that on a consistent basis, so we need to make sure that the flow of top players from the academy is constantly there.

“So they don’t need to look to the market. We made a big effort, but that’s not sustainable for us in the future.”

With that in mind, the Gunners have appointed the ex-Bayern Munich man expert Florian Blüchel as their International First Team Scout with a focus on Germany. He spent nearly 12 years with the German giants, with the first half concentrating on performance and data analysis before rising through the scouting ranks to end up as Bayern’s International Scout with focus on the Spanish, Italian, Polish, Czech, USA & German markets, so is perfectly placed to now which youngsters are budding stars in the lower levels of German leagues.

So, it looks like Arsenal are definitely preparing to invest even more money in developing players for the future, as do many other big clubs.

Let’s hope we can see many more Sakas, Smith-Rowes and Martinellis nurtured through to the first team in the future….