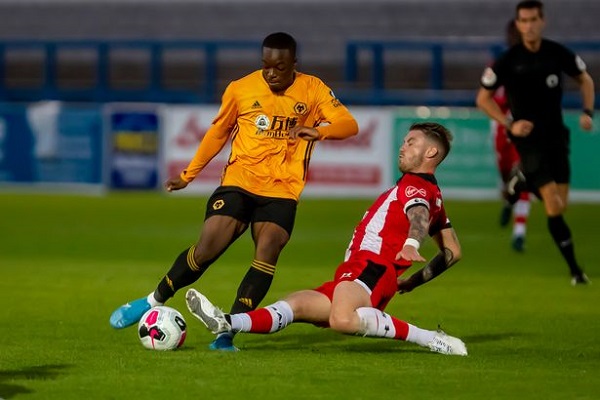 Arsenal is hoping to sign Wolves teenager, Owen Otasowie ahead of Liverpool and other top European sides.

The 18 years old is one of the most impressive youngsters in England at the moment and his performances for Wolves’ youth sides haven’t gone unnoticed.

Reports from Sun Sport claims that Arsenal is among several teams who have been monitoring his progress and the Gunners hope to beat the likes of Liverpool to his signing.

Otasowie has yet to decide which country to play international football for but qualifies to play for Nigeria, the USA, and England.

He caught the attention of more scouts when he impressed for the Wolves Under23s in their game against PSG.

The same report claims the French champions are also interested in signing him but Arsenal is hoping that their reputation as a team that promotes youth would help them convince him to join them.

Unai Emery has already handed debuts to the likes of Bukayo Saka and Gabriel Martinelli as he continues the club’s tradition under Arsene Wenger.

Arsenal’s failure to qualify for the Champions League which would mean their youth team won’t play in the UEFA Youth League may cause them to miss out on his signature.

This one does make sense simply because Arsenal are always scouting and signing young talent. I know absolutely nothing about Otasowie but if the reports are true about the type of clubs interested in him, then he must be highly talented.

This one is probably one of those that it is best to take a wait and see stance.