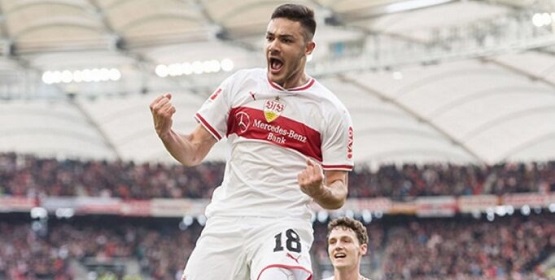 The Arsenal defence has rightfully been ripped to shreds this season for conceding 51 goals in 38 Premier League games, so what do you do in that situation?

You strengthen the defence and according to the latest transfer gossip that is what Arsenal are hoping to do with Stuttgart defender Ozan Kabak.

But, of course, questions will be asked whether signing a 19-year-old defender that was part of a team that conceded a whopping 70 goals in 34 Bundesliga games is the wisest of moves.

Well, it may well just be despite the horrendous amount of goals that relegated Stuttgart conceded.

The young Turkish international only played in 15 of those 34 games scoring three goals, not a bad return for a defender and he is wanted by not just us but also Tottenham, Bayern Munich and Manchester United, so he must have something about him.

It is also being reported that he has a release clause of £13.2 Million, a fee that we can certainly pay from our reduced transfer budget.

So, even though he was part of a team that conceded more than two goals per game for an entire season the reality is that he is a teenage international that is available for a very reduced fee wanted by some of Europe’s top clubs that was only a bit part player in his side’s relegation.

When you look at it like that it does make it quite exciting that we are being linked with his signature.