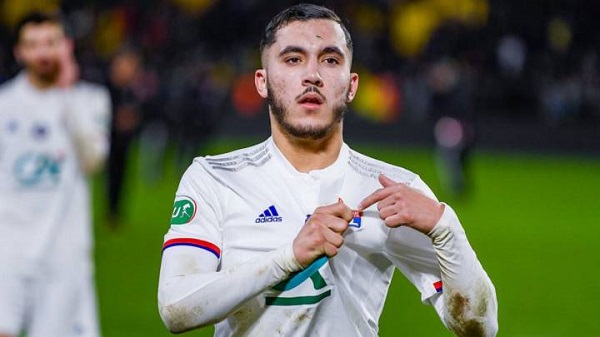 Lyon’s Rayan Cherki is one of the most exciting young players in world football at the moment despite being just a 16-year-old who hasn’t even fully broken into the Lyon first team.

The teenager has already agreed to a pre-contract with Real Madrid which would see him move to the Spanish side when he turns 18.

However, this agreement didn’t deter Arsenal from trying their luck at signing him.

Spanish media outlet Defensa Central claims that a few days ago the Gunners tried to get the teenager to break his pre-contract agreement with Los Blancos.

The Gunners knew that they stood no chance when competing with Madrid for the player, and they reportedly offered him guaranteed minutes under Mikel Arteta if he joined them.

That wasn’t all Arsenal tried to tempt the striker with and the report further claims that the Gunners offered to pay him 1 million Euros per season from his first campaign. Real Madrid’s offer to him would see him take home 800,000 Euros per season when he joins them.

All this wasn’t enough to tempt the youngster as he reportedly gave the Gunners a firm “No” because he had his heart set on playing for Real Madrid.

Although Madrid isn’t worried about losing the attacker, the report further claimed that Lyon’s president reported Arsenal’s attempt to the Spanish giants.