Unai Emery’s first official game as Arsenal manager will come against the defending Champions Man City on Sunday August 12th, but it has now been revealed that the Arsenal U23s, who are the defending Premier League 2 Champions will begin the defence of their title against Man City as well, but on the day before.

It could be a good warm up to the main event on the Sunday! 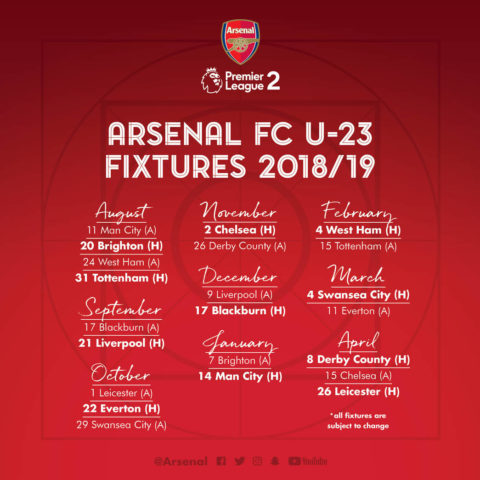 Arsenal definitely have some more top quality reserves this season, so why can’t we win it again. But the first thing we have to do is put those moneybags Mancs in their place on the Saturday AND the Sunday!