Arsenal rest Ozil and Aubameyang ahead of visit to Vitoria 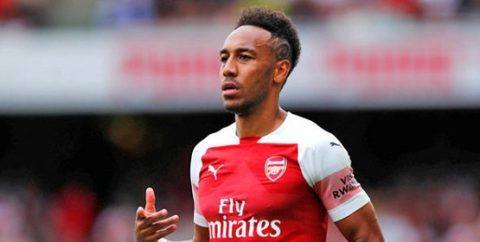 Arsenal are currently in Portugal preparing to take on Vitoria Guimaeres this afternoon at the preposterous kick off time of 3.50 pm, and although they have to win this game to be sure of finishing top of the group Emery will, as usual, be making many changes to his starting line-up.

For once, Unai Emery actually has a full squad of players fit and available since our very last injured player, Reiss Nelson, made an appearance for the U23s on Friday night, but the Spaniard has only taken 18 players with him on the plane to Portugal.

Here is the full squad…. 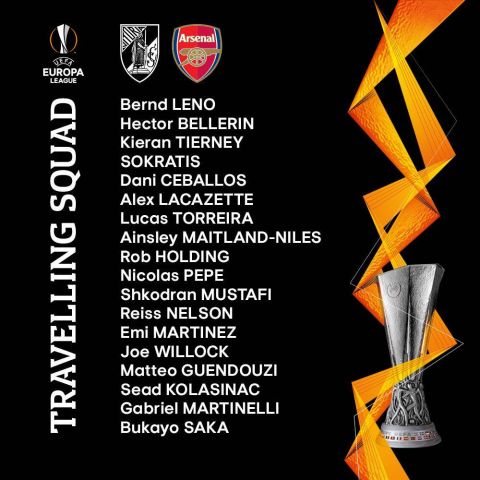 Reiss Nelson is there, despite his recent return, but Ozil and Aubameyang have been left at home to rest. Some people may think that Emery has just decided to exclude Ozil again, but you have to remember that the German has started our last two games after a long time on the sidelines, so it makes sense to let him recover ahead of our crucial clash with Leicester.

It also makes sense to leave Aubameyang at home with young Martinelli in such fantastic form in this competition, and we also have Lacazette back, who is slowly regaining match fitness himself and should be expected to get a run out. We also have Pepe on the plane, who was the only reason we won the home game against Vitoria.

Let’s hope that Arsenal don’t make it quite so hard for themselves this time around. We could desperately do with an away win….