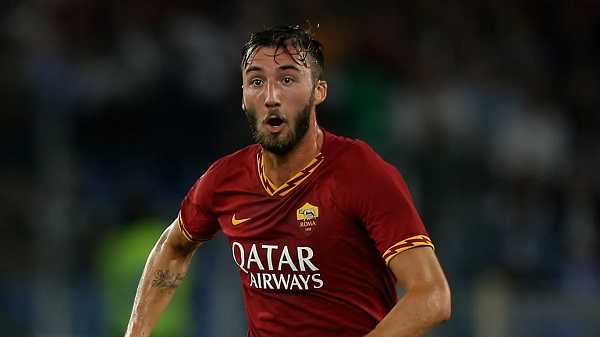 Arsenal has made AS Roma’s midfielder Bryan Cristante one of their summer transfer targets.

The Gunners have been scouting several players ahead of what should be Mikel Arteta’s first major spending spree as Arsenal’s manager.

The Spaniard signed two defenders on-loan in the last transfer window, but he expects to add more quality to his side when the summer transfer window opens.

Cristante has been in fine form for AS Roma this season and the Daily Mail claims that the Gunners have been keeping a close eye on him.

He returns from suspension in time for Roma to take on Lecce at the weekend and the report claims that Arsenal has plans to send a scout to watch him.

The 24 years old has been an important member of the Roma team for some seasons now and he has featured in 17 games for them this season.

The Italian has been on the radar of other European sides but Arsenal will be hoping that they can convince him to move to north London instead.

I know little of Cristante but from what I have read he would appear to be a talented individual and the Arsenal midfield is probably the main area of concern for Arteta now that he is close to sorting out the defence.