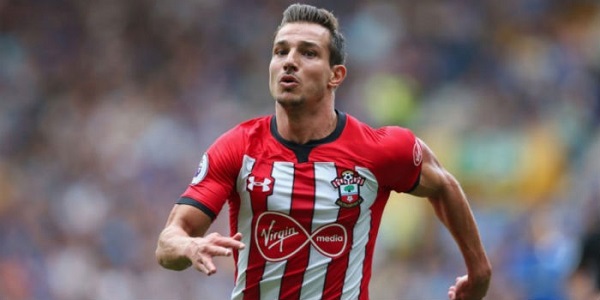 Arsenal set to complete surprise move for another defender

Cedric Soares is set to join Arsenal before the end of this transfer window.

The Southampton man has just six months left on his current deal and he has been struggling to play for the Saints this season.

He played the second half of last season on loan at Inter Milan but failed to secure a permanent move to the Italian giants.

Sky Sports is claiming that Arteta is set to complete a surprising move for the Portuguese defender, who won Euro 2016 with his country.

Soares has been seen as a reliable defender since he joined Southampton, however, he has struggled to force his way into the Saints’ manager’s plan this season.

The club is unwilling to extend his stay at Saint Mary’s and they will be more than happy to sell him to Arsenal claims the same report.

Arsenal who have just completed the signing of Pablo Mari wants Soares to add to their defence.

Hector Bellerin is Arsenal’s only recognizable right full-back and the Spaniard has struggled for form and with injuries for much of this season.

Arteta believes that Soares will provide adequate cover for the Spaniard and provide competition for Maitland Niles who has been deputizing in the absence of Bellerin.

This does look like it is going to happen and I have to say, it is a little underwhelming. That said, he may well turn out to be a decent acquisition once he is surrounded by better players and a progressive manager.

It is expected that the deal will be announced at some point tomorrow.