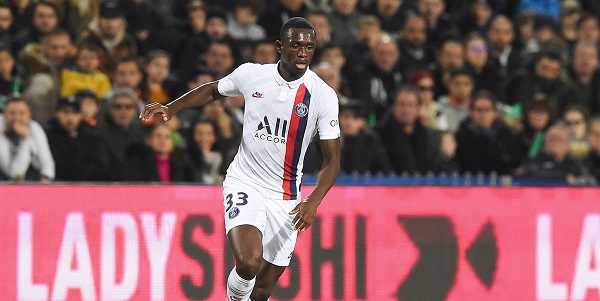 Arsenal is set to miss out on signing PSG’s 18-year-old star, Tanguy Kouassi.

The youngster is set to leave PSG at the end of this season and a number of teams have been targeting a move for him.

Le10Sports via Inside football had claimed that Arsenal is set to land the youngster in the summer after offering him a contract.

The latest report from Germany vis FussballTransfers is claiming that the Gunners might be beaten to his signature by Bayern Munich who has also offered a contract to him.

The report further claims that two other German teams have been targeting a move for him, but Bayern Munich is set to beat his other suitors to his signature.

The young defender is one of the best around for his age group and that explains why he has featured 13 times for the PSG senior team this season before the French Ligue 1 season was curtailed.

Arsenal has a reputation for fast-tracking youngsters into their first team and they have also shown a willingness to splash the cash on top youngsters recently after they paid close to £30 million for William Saliba last summer.

The Frenchman will join the Gunners after his loan spell this season and pairing him with Tanguy Kouassi might become Arsenal’s solution to their long-standing problems at the back.