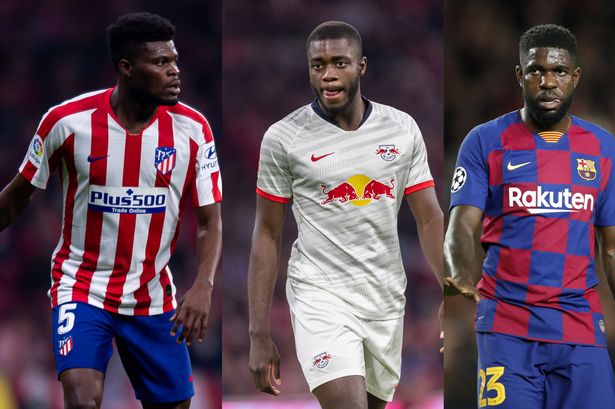 Arsenal set to miss out on £100M defensive duo

Arsenal will not be signing defenders Samuel Umtiti or Dayot Upamecano this summer supposedly.

The Gunners have been strongly linked with moves for French centre-backs, with both believed to be available for around £50 Million this summer.

Barcelona are said to be keen on cashing-in on Umtiti, having grown frustrated with the 26 year-old’s continual injury issues, and us along with Manchester United are believed to be monitoring the situation. Our club is now said to be unwilling to match his wages however.

Upamecano is also tipped to move on in the coming window, although not because his club are wishing to cash-in. The 21 year-old is close to entering into the final 12 months of his contract at present, and has a release clause in his contract set at €60 Million. The player has now supposedly decided that he wants to stay in Germany and join Bayern Munich, seemingly putting an end to any hopes we had of luring him to the Emirates.

Our club however has already sealed the arrival of St Etienne’s William Saliba, who is yet to make his Arsenal debut after agreeing to stay on loan with his former club for the current campaign.

We are also expected to make Pablo Mari’s move permanent after enjoying a loan spell this season, and the duo could well forge a new partnership at centre-back, although David Luiz may well have other ideas.

Despite our wealth of defensive options at present, our club will continue to be linked with new arrivals, although I would be very shocked if we we were to sign any more than one CB, and that looks extremely likely to be Mari.

How many central defenders do we need in the first-team squad? Will Mustafi and Sokratis be deemed surplus to requirements?