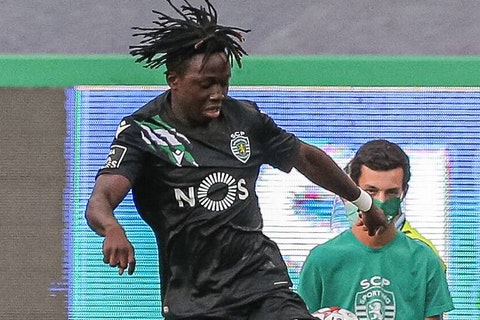 Arsenal are hoping to tempt Sporting Lisbon into a player-plus-cash deal for wonderkid Joelson Fernandes, with his £40 Million release clause a little outside their budget.

The 17 year-old has picked up four first-team appearances since football returned to action following the Coronavirus pandemic, although the young winger had already attracted attention from our scouting team.

Fernandes has been labelled the next Cristiano Ronaldo in some circles, like many Sporting academy graduates before him, but the fact that the latest Portuguese wonderkid has taken CR7’s record of being his club’s youngest ever debutant may carry some weight.

Of course the wonderkid was aided by the new rules brought in by FIFA following the pandemic, which allowed extra substitutes to be named on benches, as well as an extra two players to be used during the 90 minutes, but that doesn’t change the fact that he will now be the holder of the record of youngest ever sporting player.

Joelson is an explosive young winger, and while is yet to be credited with a senior goal or assist for his club, he has only clocked up around an hour of first-team football, split across four matches.

Arsenal are believed to have been in talks with his club in an attempt to strike a deal, but Sporting are said to be holding out for his £40 Million release clause, while the DailyStar claims our side is now hoping to convince them to lower the asking fee while accepting one of our younger players to make up part of the transaction.

This deal is looking less-and-less likely to come through at present, but hopefully our side will be able to pull off a similar deal to the William Saliba coup of 12 months ago.

Arsenal not considering a move for youngster branded the new Ronaldo
15 August 2020, 15:45