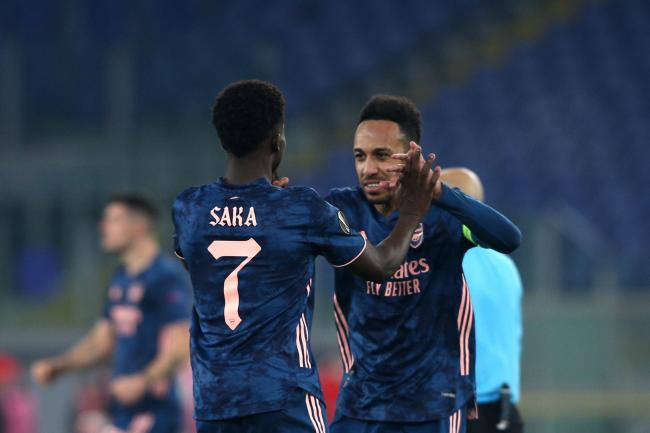 Arsenal battled to a 1-1 draw against Benfica in their last competitive game, but they set an unwanted record in the match.

It was a game that they should have won by a decent margin, but Pierre-Emerick Aubameyang was in terrible form.

Arsenal showed their dominance by the number of chances they wasted in the encounter, but even more interestingly, they also had so many offsides that it broke an unwanted record.

Mikel Arteta’s team had 10 offside calls go against them in the game as they tried to get the win in Rome.

That number is the highest number of offside involving an English team this season and it is two ahead of Manchester United’s 8 offsides against Liverpool earlier in the season.

Aubameyang will not watch his goal misses in the encounter, but his blushes were spared by Bukayo Saka who scored Arsenal equalizer moments after Pizzi had opened the scoring for the hosts.

Arsenal will now face Manchester City in their next game and that will also be a tough game.

They beat Leeds United 4-2 in their last league game and look to be in good form ahead of the showdown with the league leaders.

Aubameyang will not want to be in poor form because Arsenal will have to make use of the few scoring chances that will come their way.