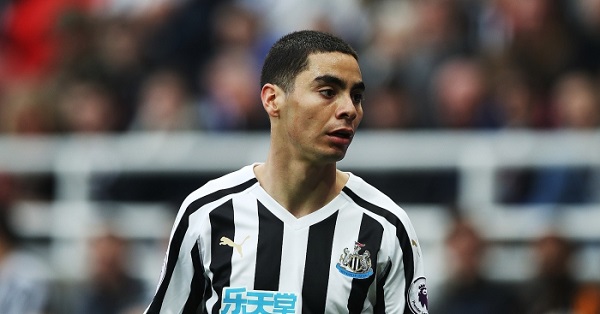 Arsenal should avoid making a move for Miguel Almiron this summer

Miguel Almiron is not yet ready for a move to Arsenal.

Miguel Almiron has been linked with a move to Arsenal this summer after finally beginning to find the back of the net for the Magpies.

His recent run of form is beginning to show why Newcastle paid so much to bring him over from the MLS.

Almiron has scored two Premier League goals for the Magpies this season and provided a single assist, hardly the stuff of legends.

Almiron built his reputation in the MLS with Atlanta United, he scored 13 times for them in his final season and he was expected to replicate that form right away in England.

He is now looking like he is finally settling down at Newcastle and over time he may be more clinical in front of the goal.

After watching him so far, I think he might be a good Premier League import one day, but joining Arsenal would be too soon.

I just do not see what sort of upgrade Almiron would be on what Arsenal already have at their disposal. His numbers are really not good enough right now.

Almiron could be one for the future and I think that it would be ok for the Gunners to continue monitoring his progress, but a move to the Emirates in the summer would be too early.

Arsenal set to battle Inter Milan for the signature of Newcastle star
11 March 2020, 20:30