England only had one Arsenal representative at the last World Cup. The same amount that took part in the Euros.

In the final qualifier to book the Three Lions place in Qatar, three Gunners had significant roles in San Marino.

Aaron Ramsdale got his first cap; Smith Rowe became the first Gunner since Paul Merson to score on his debut for England, while Saka also got on the scoresheet.

It’s arguable that our two midfielders wouldn’t start if all of Gareth Southgate’s options were available to him, while the manager suggested Pickford was being rested Monday, not dropped.

All three of our players though are in position to be a huge part of Mr Southgate’s plans in 2022.

He was already impressed by the bravery Saka showed in the summer and how the teenager wasn’t overawed by the occasion.

Smith Rowe has technically now scored in his last 4 consecutive fixtures while Ramsdale is yet to lose a game since leaving Sheffield United.

It’s also a proud moment for our academy to produce 2 players for their national team.

It also reflects the influence that Saints Georges Park has had, a base opened in 2012 to develop the coaching and preparation for all 28 teams under the FA banner.

All three of the players mentioned have been part of the underage squads, with Smith Rowe lifting the under 17 World Cup (one of 5 of that group to be promoted to senior level).

There was a famous picture years ago where the club purposely announced the contract extension of the majority of their British employees at the same time. 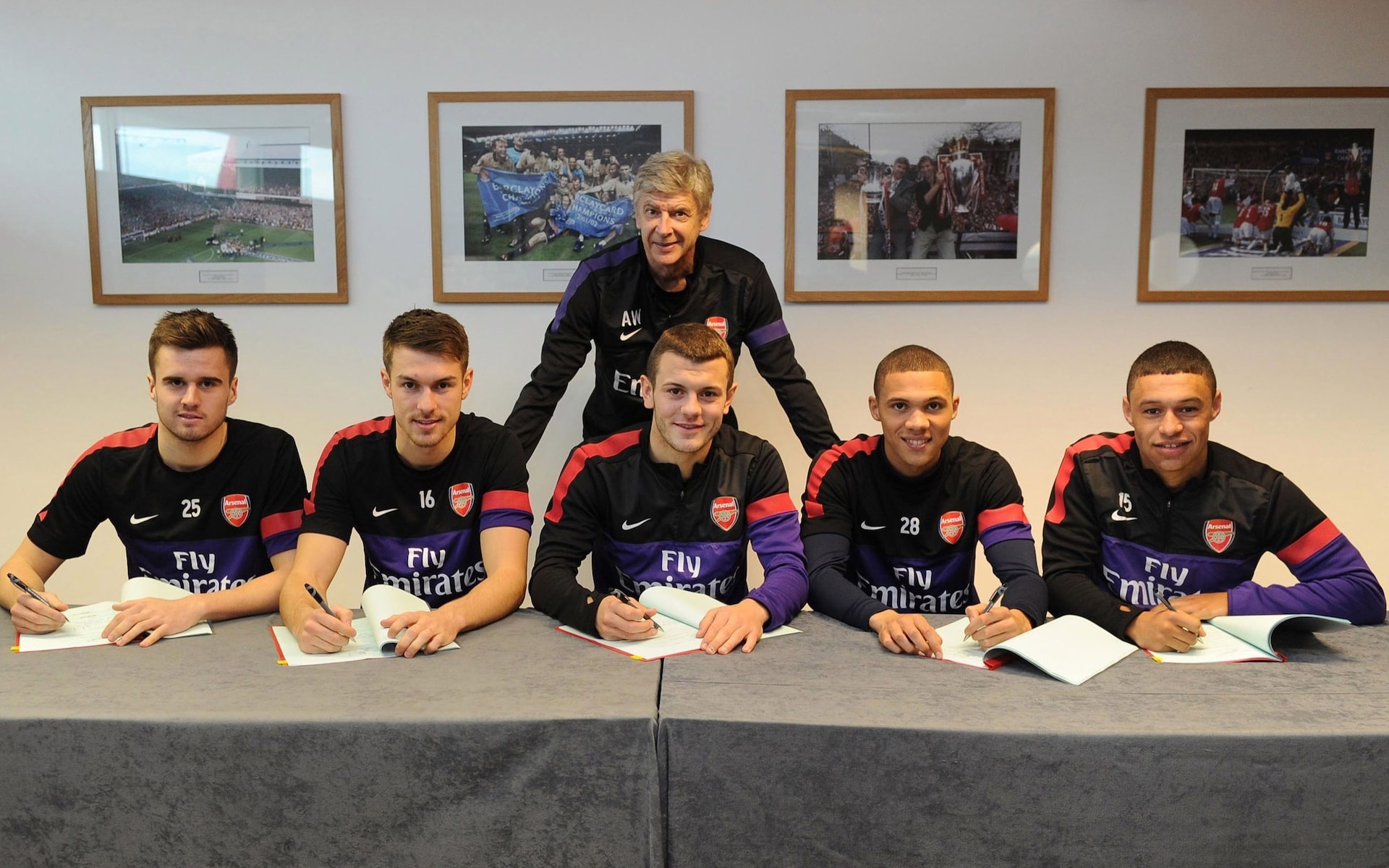 It was a marketing strategy. Have you ever wondered why so many players who advertise merchandise happen to be born in the UK?

It’s because children are more likely to relate to those who are from their same country.

Walcott and the Ox had to leave as their careers were stagnating in North London.

Gibbs and Wilshere were our last academy graduates to play for England at senior level and would have got more caps if not for injuries.

That picture was meant to be the face of the new Arsenal.

It’s now more of a reminder that you can never take anything for granted.

That’s why Arteta will be careful not to predict that this trio could be the future for club and country – but in reality, they can.

Not because the youngsters he captained were not good things.

The only thing that stops them is bad luck like a horrible injury or the spotlight becomes too much.

If any of them were to make an impact at the next World Cup they become a national celebrity living in a world where the same media who build you up, try to knock you down.

Even now they will be offered sponsorship deals they were not getting a year ago.

That’s why Arsenal need to protect these assets and make sure they have the right support network around them.

Something they have always been a great club at doing is looking after their players.

It’s been too long since Arsenal sent players to represent England at major tournaments.

That’s paralleled the regression in the team.

All Gooners should be very proud that yet again Gunners are having an influence for the Three Lions.