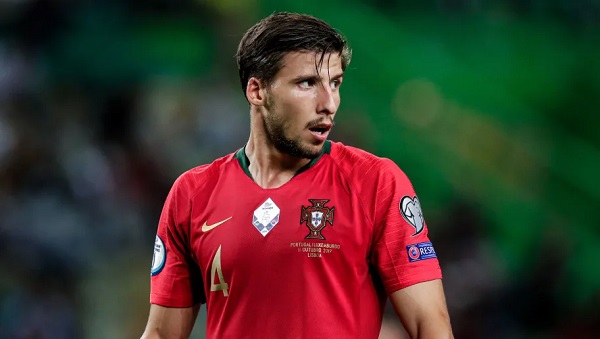 Arsenal is one team that has an obvious need for a top defender at the moment, yet it seems that it is always our rivals that is snapping up the best talent.

For example, City wants to sign Ruben Dias from Benfica, according to the Daily Mail.

The entire world knows that Arsenal’s primary problem is their defence, but the Gunners aren’t doing enough to solve that problem.

When Liverpool wanted to solve their problems at the back, they signed Virgil van Dijk, Manchester City solved theirs by signing Aymeric Laporte.

Those two teams should be a guide to the Gunners and it is not rocket science to acknowledge that you can hardly become a top team without splashing the cash.

Dias has been one of the top players linked with a move to the Premier League this season, and the Portugal star is highly rated.

He has a contract at Benfica until 2024, and his release clause is over £80 million claims the Mail.

However, any team with serious interest would most likely land him for significantly less and Arsenal should make their interest known by tabling a bid and negotiating to sign him.

We can continue to talk about Mikel Arteta doing a great job, but if he doesn’t also sign the right players, we will soon be back to where we were before now.

Pablo Mari has looked good and I expect us to make his move permanent, but he will still just be a cut-price short-term solution.