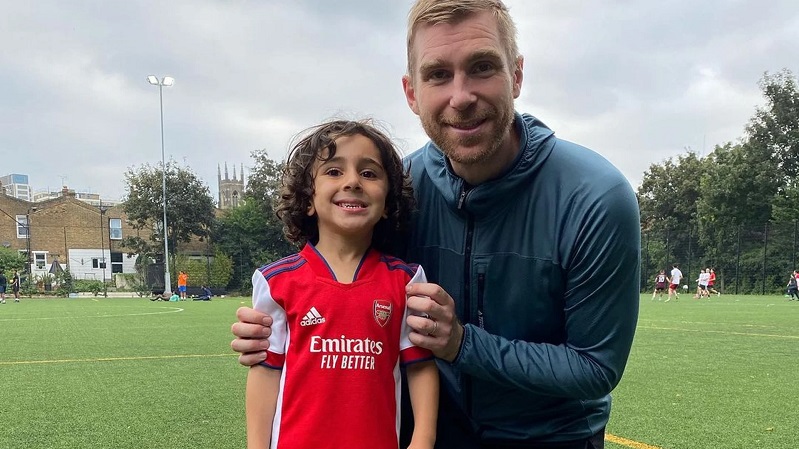 Arsenal has shown again that age is just a number and as long as you show outstanding talents, they will take a chance on you.

The Gunners have just completed the signing of four-year-old Zayn Ali Salman according to The Daily Mail.

They signed him after the Gunners watched him, but he has been wowing fans all over the world through videos being uploaded on his Instagram account.

The report says he is now five but made history as the youngest player ever signed on by the Gunners after he joined their pre-academy team.

One thing that stands Salman out from his videos is his balance and skill and they have earned him the nickname “Little Messi.”

His former coach spoke about him recently and reveals how he was always better than every kid in his age grade and they had to field him against kids way older than he is. He still thrived.

Austin Schofield, told BBC News: ‘We put him with kids of his age, but he was better than all of then. He was quicker and he could score and pass much better than the others.

‘I spoke with his Dad to suggest playing up, and he said ‘why not?”

His father added: ‘I remember the day he was born. The nurse put him on his front and he lifted his head up to look around.

‘Even she was surprised. He’s always been strong from a young age. He has had incredible balance since he was very small. That’s carried on.

‘Arsenal aren’t bothered about his age, they just think he has a lot of potential.’