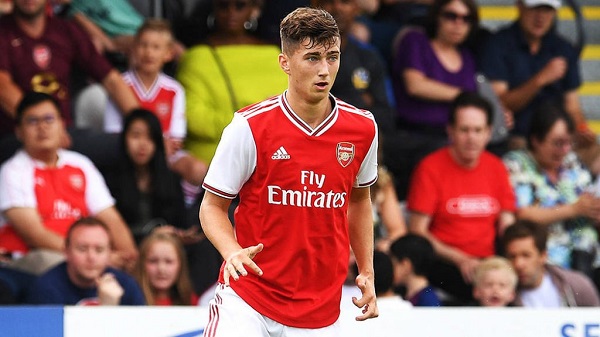 Arsenal has been known as a team that takes talented youngsters out of other teams and help them become global stars by offering them a quicker route to first-team action.

However, it seems that this time they are about to be on the receiving end with their teenage star, Alfie Matthews reportedly a target of Newcastle United.

The 18-year-old has enjoyed his best season in the Arsenal youth ranks before the youth season was curtailed due to the coronavirus pandemic.

He has been called up to train with the Arsenal senior team as they prepare for the return of football, but does he plan on leaving the club?

This is because his latest social media posts seem to suggest that the attacker might be on the move to another team as he continuously added “big move” to his latest posts, reports Football London.

His Instagram post on Thursday afternoon was a picture of him looking down at his boots, writing the caption:

“Another good session today! We keep pushing towards this big move.”

Later he made another post which was a photograph of his legs stretched out on the grass with some footballs and a net lying in front of him.

He captioned it: “These running sessions are not what I want! But we push towards this big move.”

Football London claims he is a target of Newcastle United with the Magpies promising him a faster route to the club’s first teams should he join them.