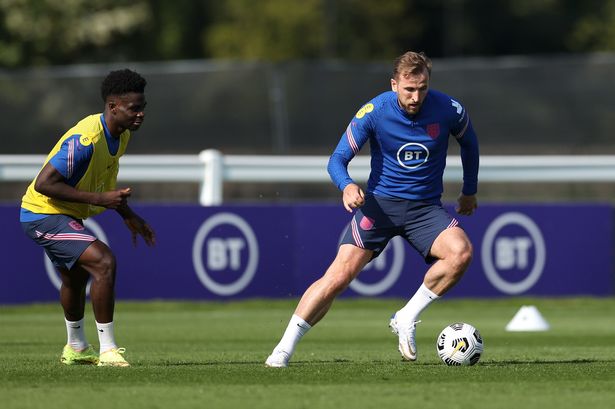 There was some tough decisions to be made by the Three Lions boss, and his decision to select Saka ahead of the likes of James Ward Prowse and Jesse Lingard will definitely have caused a stir.

Smith refutes any claims that the Arsenal youngster isn’t deserving of his place on the plane however, insisting that he showed maturity beyond his years since breaking into the first-team for both club and country.

“Bukayo Saka deserves to be in, given how he’s performed for a poor Arsenal team at times,” Smith wrote in his Sky Sports column.

“He has shown a lot of maturity, and a lot of versatility. That versatility has definitely helped him.

“He might have been on the borderline, with Jesse Lingard missing out, but I’m glad to see him in.

“He’s a player England will be able to use for many years to come.

“It is invaluable experience just to be within a camp in a tournament like this, and he will learn an awful lot.

“People say he’s raw, but as a footballer I don’t think he is.

“He understands the game so well. His strengths are certainly going forward, and when he does, he has this fantastic ability to make the right decision and pick the right man out, and he’s strong on both sides.

“Defensively, he has played at full-back and wing-back, and still has a lot to learn on the defensive side, but he is a great talent.”

Saka is nominated for the Premier League’s Young Player of the Year award for a reason, and it isn’t simply about his age.

The 19 year-old has shown an immense level of consistency all season, even when the team was struggling to return results, while many players shy away when the going gets tough.

I personally would have been more shocked had he not been selected, although I’m still a little surprised that Jesse Lingard has missed out given his amazing form over the last months.

Does anyone believe Saka should have been left behind? Could he make the difference in games for England this summer?

Should Arteta have been considering dropping Saka recently? (Opinion)
29 November 2021, 12:02