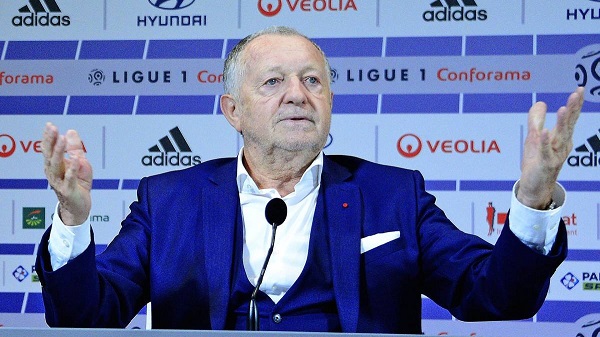 Arsenal struggling to land Aouar, here is the latest update

Lyon president Jean-Michel Aulas has claimed that at least three teams are looking to sign Arsenal target, Houssem Aouar this summer, as the Gunners continue to struggle to land him.

The 22-year-old has emerged as a top transfer target for Arsenal. Just as he is a priority signing for the Gunners, he is also a top target for other teams.

Arsenal has had an initial offer for him rejected and they are expected to return with a better offer before the transfer window closes.

However, they might miss out on signing him after Aulas revealed that they are not the only team looking to sign him.

The French businessman has been outspoken about the midfielder’s transfer and he even claimed earlier that he doesn’t expect the Gunners to be able to pay the fee required to sign him.

He has now said that three teams are looking to sign him, but none of them has been able to offer their valuation for the midfielder.

He was quoted by GFFN on Twitter saying: “We know that three big clubs are interested in him. 2 in the short-term, 1 in the long-term. Not much has happened. All the clubs can’t give us financially what Lyon wants.”