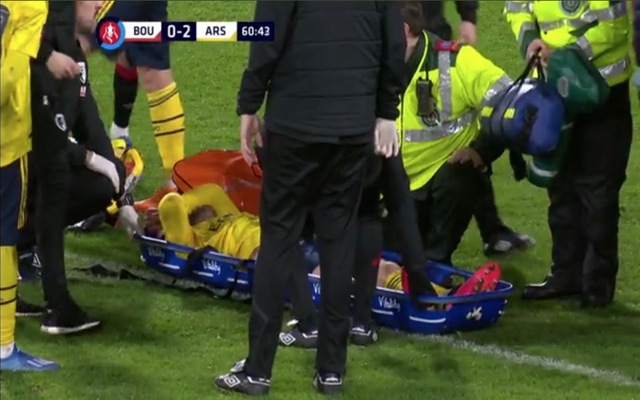 Arsenal suffer defensive blow as Mustafi’s stretchered off against Bournemouth

In the 62nd minute of Arsenal’s FA Cup clash against Bournemouth this evening, defender Shkodran Mustafi was stretchered off after a collision, dealing another setback to Arsenal’s injury-stricken defence.

The Gunners already have Kieran Tierney, Calum Chambers and Sead Kolasinac sitting on the sidelines.

Does this latest setback make it absolutely essential for Mikel Arteta to dip into the transfer market for reinforcements before the window closes?

The MailOnline claim that Mustafi landed awkwardly on his ankle. The centre-back looked solid for the north London outfit before going down early in the second-half.