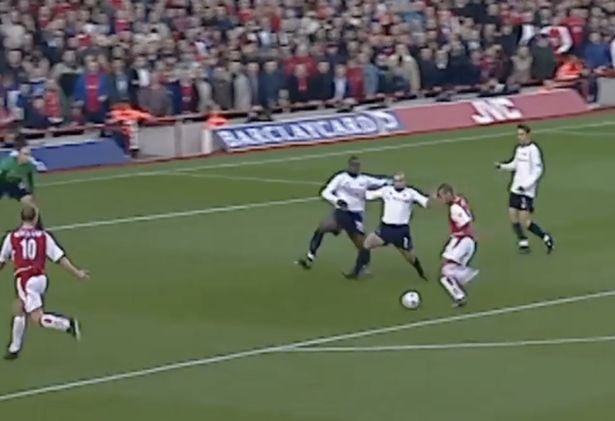 The administrators of Arsenal’s Instagram account aren’t allowing the coronavirus outbreak to stop them from taking a dig at their fierce rivals, Tottenham.

The world of football has been on a break because of the coronavirus outbreak and it has been a struggle for clubs to keep their fan base busy and happy.

Arsenal found an ingenious way to keep their fans happy on social media with a very cheeky post.

The post on Instagram as cited by the Daily Star was a goal scored by Thierry Henry against their great rivals, Tottenham.

The Frenchman picked up the ball from his half and ran towards the Spurs’ goal before smashing the ball home against the Lilywhites in a 3-0 win.

The goal was an amazing one and the club fans couldn’t help but enjoy the caption on the Instagram post.

The admin used the caption to cheekily explain that Spur’s THFC abbreviation had a significant meaning.

They captioned the post: “We always knew it stood for Thierry Henry Fan Club anyway,”

The post was enjoyed greatly by the club’s fans and many of them commented under it.