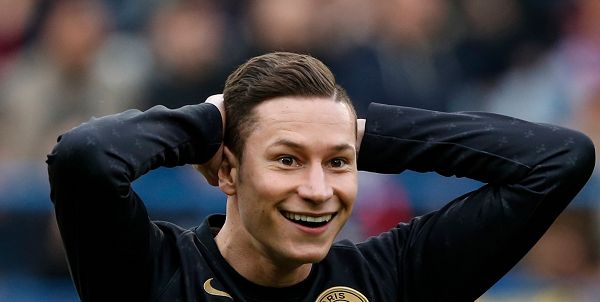 Arsenal is reportedly looking to sign two PSG stars this summer as they undergo the process of rebuilding their squad.

The Gunners were tipped to have one of their busiest summers when the transfer window reopens and Mikel Arteta is reportedly keen on two out-of-favour PSG stars.

The Mirror claims that the Spaniard wants to complete moves for Julian Draxler and Layvin Kurzawa when the transfer window reopens.

The duo have struggled to get into the first-team picture at the Parc des Princes this season and PSG will apparently allow them to leave.

Kurzawa has been a long-term target for the Gunners and reports this week claimed that he already has an offer from Arsenal on the table.

He has fallen out of favour with Thomas Tuchel, who seems to prefer playing Juan Bernat.

Julian Draxler has also struggled for a game-time this season with the Germany international making less than ten starts this campaign.

He looks set to leave the French capital and Arteta would love to have him as a part of his team for the next campaign reckons the Mirror.

They further state that Kurzawa is also wanted by Barcelona and he seems to prefer a move to Catalonia, while Julian Draxler might have to take a pay cut to join Arsenal.

Arsenal receives transfer blow after target renews deal with his current club
18 May 2021, 20:30