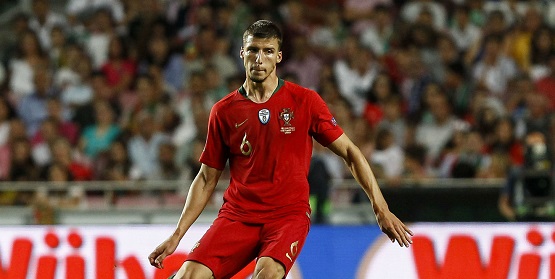 Arsenal is reported to already be looking at a replacement for disgraced captain Laurent Koscielny but it could cost them their entire transfer budget.

According to the latest reports, the club has resurrected their interest in Benfica defender Ruben Dias, who they targeted at the beginning of the transfer window.

However, with a release clause said to be £54 Million it would effectively wipe out the transfer budget and mean that any further signings would be wholly reliant on player sales.

The defence is now in a parlous state and barely fit for purpose, especially in the centre with only Sokratis truly reliable.

It would be a huge risk for Unai Emery to spend his entire budget on a single player but the transfer window does not have long to go and the club may be forced into a truly unenviable choice.

Either go with a defence that basically has a central defence of Sokratis and Mustafi with limited cover or pay significant money to bring in an establish centre half.

As for Diaz, he seems capable but £54 Million for a player with no Premier League experience does seem a little erratic, surely there are alternatives at home.