It has become a tradition for Premier League teams to change the design of their jerseys every other season and Arsenal aren’t being left out.

Ahead of next season, jersey makers will be hard at work preparing their designs for the latest jerseys to serve to fans and that is what Adidas has been doing.

The German kit maker has been Arsenal’s kit makers since 2019 and they are expected to bring out some fine designs for our team.

They haven’t officially released any of next season’s jerseys yet but there is always someone who leaks the design before it eventually comes out and that has happened again.

Footyheadlines has recently leaked a number of jerseys and one of their latest leaks is Arsenal’s third kit colours for next season. 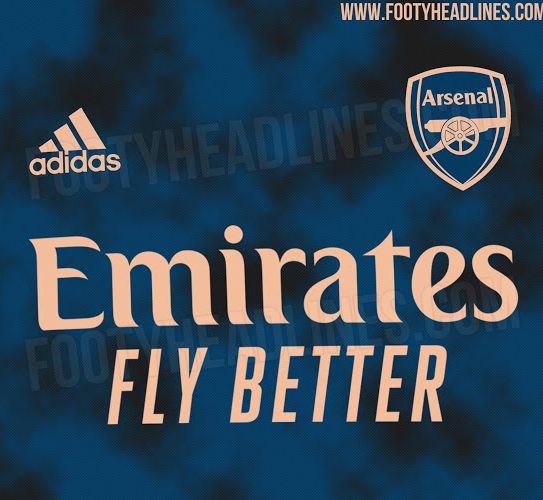 About the third Arsenal kit, the leaked picture was accompanied with the following text:

“A black cloud / tie-dye graphic print covers the front and sleeves of the Adidas Arsenal 2020-2021 third jersey. The Three Stripes are on the sides of the shirt.