The Independent claims that Mikel Arteta will consider selling Alexandre Lacazette this summer in his bid to raise funds for the signing of Houssem Aouar.

The 22-year-old Frenchman has emerged as a top transfer target for Arsenal in this transfer window as Arteta looks to bolster his midfield ahead of the new season.

The Gunners have landed Gabriel Magalhaes, Willian and Dani Ceballos (on loan) this summer, but they are not done.

Thomas Partey and Aouar remain targets, but it seems that signing the Frenchman is more feasible for the Gunners now.

Arsenal is expected to offload some of their players to raise funds for the transfer and they are prepared to sell the likes of Lucas Torreira, Matteo Guendouzi and even Hector Bellerin.

The report, however, adds that if Arsenal cannot sell the trio, they will consider selling Lacazette.

The Frenchman has been in fine form for the Gunners this season, scoring in his first two Premier League games so far.

He is still sharing the striker position in the team with Eddie Nketiah who has also been in fine form.

Nketiah is on a run of two goals from as many games and Arteta seems to trust the young Englishman. 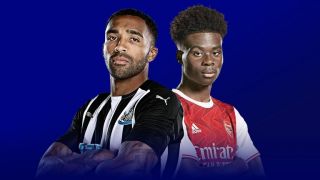 Injury update ahead of Newcastle clash with just one confirmed as missing
1 May 2021, 22:02