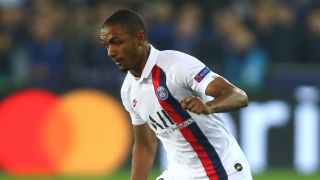 One of the biggest news around Europe in recent days is that Lionel Messi will not remain at Barcelona.

The Spanish club cannot give him a new contract because of La Liga restrictions.

With other top European clubs already concluding plans for their summer, only PSG has been holding talks over signing him so far.

The French club has added some interesting free agents to their squad this summer, including Sergio Ramos and Georginio Wijnaldum.

Adding Messi to their squad will strengthen it, but they have to offload some of their current options and Football London says that could open the door for Arsenal to sign Abdou Diallo.

The France-born Senegal defender was linked with a move to the Emirates in 2017 before he moved to Mainz at the time and he has remained on Arsenal’s radar.

The addition of Ramos to the PSG squad will push him further down the pecking order at the Parc des Princes.

Arsenal has already added Ben White to their squad in this transfer window but there is no limit to the number of quality players a club can have.

He has played just 38 league games for PSG since he joined them in 2019 and would know he can get more opportunities if he moves to the Emirates.