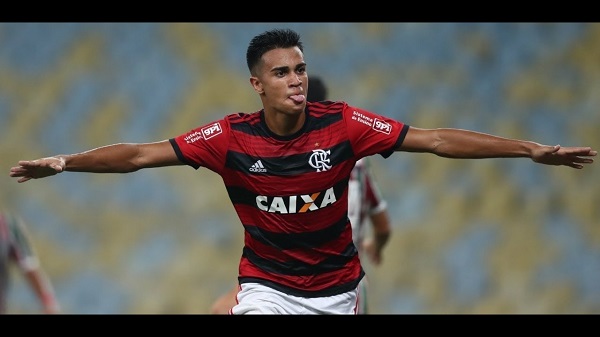 Arsenal joins Manchester United in the race for the next Gabriel Martinelli.

Arsenal is hoping to repeat the success they have enjoyed with Gabriel Martinelli in the upcoming winter transfer window as they reportedly have an eye on a fresh new Brazilian talent.

The Gunners signed Martinelli for just £5 million in the summer and the youngster has been a revelation so far.
The 18-year-old has already netted seven times for Arsenal this season despite only joining them in the summer.

Mirror Sport reports that the Gunners were one of several teams who sent scouts to a U23 international tournament in Tenerife. The competition featured Under23 teams from Brazil, Argentina, USA, and Chile.

Arsenal was joined by the likes of Manchester United and PSG in scouting the stars of the future. Competition is definitely going to be fierce in the race to sign the hottest young prospects that were on display.

According to the same report, Arsenal has identified Flamengo’s Reinier as the next Brazilian youngster that they would love to have in their ranks and contacts have been established with his father.

He is currently valued at £17 million and Arsenal will no doubt be hoping that the influence of Arsenal’s Technical Director, Edu will give them an advantage.

I have to say that I know nothing at all about this particular youngster. But I do give these sort of reports some credence because of Edu and the current Arsenal philosophy of buying for the future.