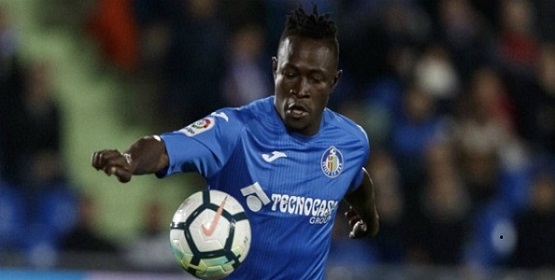 Getafe defender, Djene Dakonam has become the subject of interest from Arsenal and Tottenham.

The Premier League duo has both been plagued by defensive challenges this season and both teams have been in the market for a new defender this month.

Arsenal has struggled at the back and their struggles have caused them to be linked with so many defenders already this winter.

Mikel Arteta has been given limited funds to make signings but the injury to Calum Chambers may force him to sign a new centre back.

The Sun is claiming that the Gunners are pursuing a deal for Djene Dakonam. The 28-year-old defender has been one of the best defenders in Spain over the past two seasons.

His performances haven’t gone unnoticed and the likes of Everton, Crystal Palace, and Bournemouth have also shown interest in signing him.

The report further claims that he is valued at £22 million and that Getafe would be happy to sell him.

Jose Mourinho is also keen on defensive reinforcements and he could be set to battle Arsenal for Djene’s signature.

Another defender added to the long list that has already been linked with Arsenal. You have to think one of them will end up at the Emirates. The need is there for a new defensive signing and there is enough of a choice it seems.