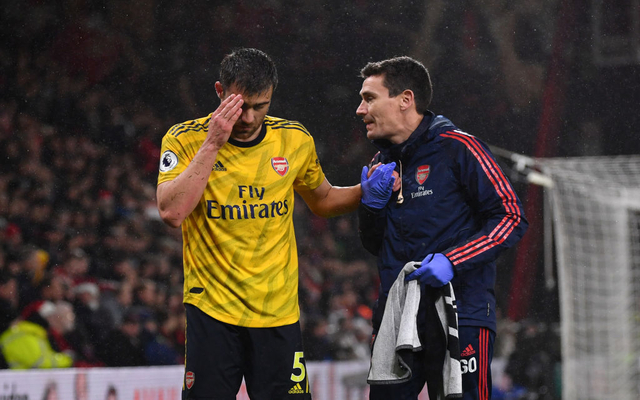 According to the Athletic (subscription required), Arsenal’s head of sports medicine Gary O’Driscoll is leaving the Gunners to join Premier League leaders Liverpool.

The Gunners have already posted an advert for O’Driscoll’s soon to be vacant role on their official website, the closing date for applications is at the end of January.

O’Driscoll has a very impressive resume, the medical chief has formerly acted as the official doctor for the British & Irish Lions rugby tours.

The Athletic’s report indicates that O’Driscoll is a “hugely popular figure at Arsenal”, it’s added that Gary has worked for the Gunners for around 11 years.

Considering how well Liverpool have been doing recently, it’s fair to say that O’Driscoll must be one of the best in his field if the Reds have made efforts to snatch his services.

Question marks could be asked of Gunners chiefs following this news, with the Athletic stating that there’s some disappointment around the club, which relates to the Arsenal hierarchy’s reluctancy to convince O’Driscoll to stay.

Whilst it seems that O’Driscoll is a hugely talented and important member of our backroom team, perhaps his departure will spark a shake-up of our medical department.

Considering our injury troubles over the years this doesn’t seem like such a bad idea, unfortunately it’s just one more thing that new boss Mikel Arteta may have to worry about.