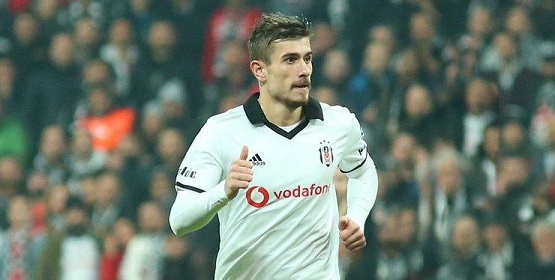 Arsenal to scout Turkish international and it is not Cengiz Under

There has been speculation over the last couple of days linking Arsenal with Roma ace Cengiz Under which we covered here, however, he is not the only Turkish international that we are interested in.

According to reports in Turkey, we will be sending scouts to monitor Dorukhan Toköz when he faces off against Iceland in the 2020 Euro qualifiers Tuesday evening.

AC Milan and Napoli will also be sending scouts to monitor the 23-year-old who will reportedly cost €25 Million.

Toköz, who currently plies his trade with Turkish giants Besiktas had a stellar game against the French and basically helped win the battle in midfield against the World Champions.

It is certainly convenient for our scouts that we are interested in two Turkish internationals and it has to be assumed that they will be casting their eyes over both Toköz and Under and while they play in different positions they are positions that we need strengthening, central midfield and on the wing.

Toköz has only just broken through to the national team and his appearance against the French was just his third cap, he is a versatile sort and has been used as both a holding midfielder and an attacking central midfielder by his club.

It will be interesting to see if this particular piece of speculation gains momentum.