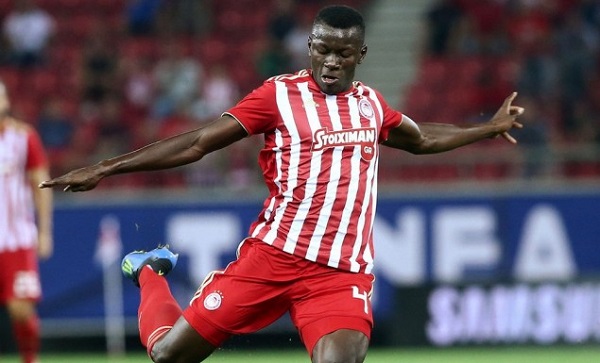 Reports have linked Arsenal to a battle with AC Milan for the signature of Olympiacos star, Mady Camara.

The Guinean was one player who shone in his club’s 2-2 aggregate win over Arsenal in the Europa League, and he seems to have impressed Mikel Arteta.

The Spaniard is looking for reinforcements for his team in the next transfer window as he looks to make Arsenal a top English side again.

Their defence has been a major problem for Arsenal over the years and they have continued to look for a way to fix that problem.

Arsenal has constantly been linked with a move for RB Leipzig defender Dayot Upamecano, but the coronavirus outbreak and their lack of participation in the Champions League could make such high profile transfers too difficult for them.

The report from CalcioMercato claims that Camara has caught the attention of the Gunners as an alternative to Upamecano. If they can beat Milan, he might be playing club football at the Emirates next season.

The report also claims that he is worth around £21 million, that fee can be negotiated down as teams around the world will have far less money to spend when the transfer window finally opens up.

This may well be the level that Arsenal is forced to target in terms of expenditure and for now, the likes of Upamecano are probably out of reach, whereas Camara is affordable.

Well, one can hope he is at £21 million. If not, then Arsenal will have bigger problems than first feared.