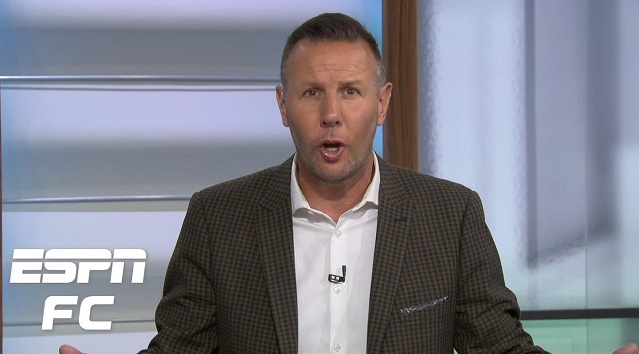 Craig Burley has named the four players that shouldn’t be at Arsenal FC, with David Luiz, Shkodran Mustafi, Granit Xhaka and Mesut Ozil under the spotlight.

The Gunners were downed 3-0 last night, with one of the above strongly at fault for the loss, and with one player completely left out of the squad, despite being fit and despite being the highest paid player at the club…

Mikel Arteta confirmed that Ozil was left out for ‘tactical reasons’, while Luiz was also left out of the starting line-up, but had to be brought on following an injury to Pablo Mari after 24 minutes.

Craig Burley has now insisted that those four players should not even be at the club, and has urged Arsenal to ‘sort it out’ with too many ‘bad apples’ currently in the squad.

‘Mesut Ozil shouldn’t be at that football club but some clown gave him a £350,000-a-week contract for a guy who has been a liability.

‘They’ve made bad signings, they’ve made bad decisions. That’s the bottom line. Now they’ve got a young, inexperienced manager who has been in the game a long time but not in management and he’s left with this. He’s going to be questioned and his reputation is going to be on the line.

‘And wait until you hear this. There was a story 24 hours ago this is incredible that Mikel Arteta wanted to give David Luiz a new contract seeing him as a role model and key part of helping young players.

‘I mean it’s just incredible the amount of bad wood and bad apples they have at this football club and until they sort it they are noting more than mid-table mediocrity.’

Do you agree that these four players have no place at Arsenal Football Club? Will the manager have the authority to offload those players he doesn’t deem key to his ideology moving forward?