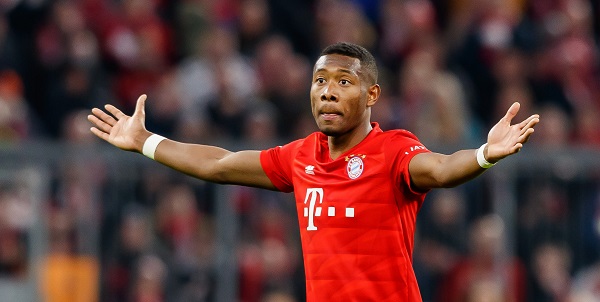 Arsenal has been handed a boost in their bid to land David Alaba this summer as he and Bayern Munich continue to struggle to reach an agreement over a new deal.

The Austrian has been at the German side for over a decade and at 28, Talksport claims that the Arsenal target is looking to become one of the top earners at the club.

He was converted from a left-back to a centre-back by Pep Guardiola when the Spaniard managed the German giants.

He has remained a key member of the first team and was instrumental in their winning the Champions League this year.

He has entered the final year of his current deal at the club and Bild reports that he wants the club to sell him for a fee this summer if they will not agree to his salary demands.

Arsenal has been strengthening their team in this transfer window and adding a player of Alaba’s quality and experience can turn them into a Premier League-chasing team in the coming campaign.

The Gunners have already looked to have bolstered their defence, but if Alaba becomes available for a good price, they can do a lot worse than adding him to the quality players that they have on their side already.