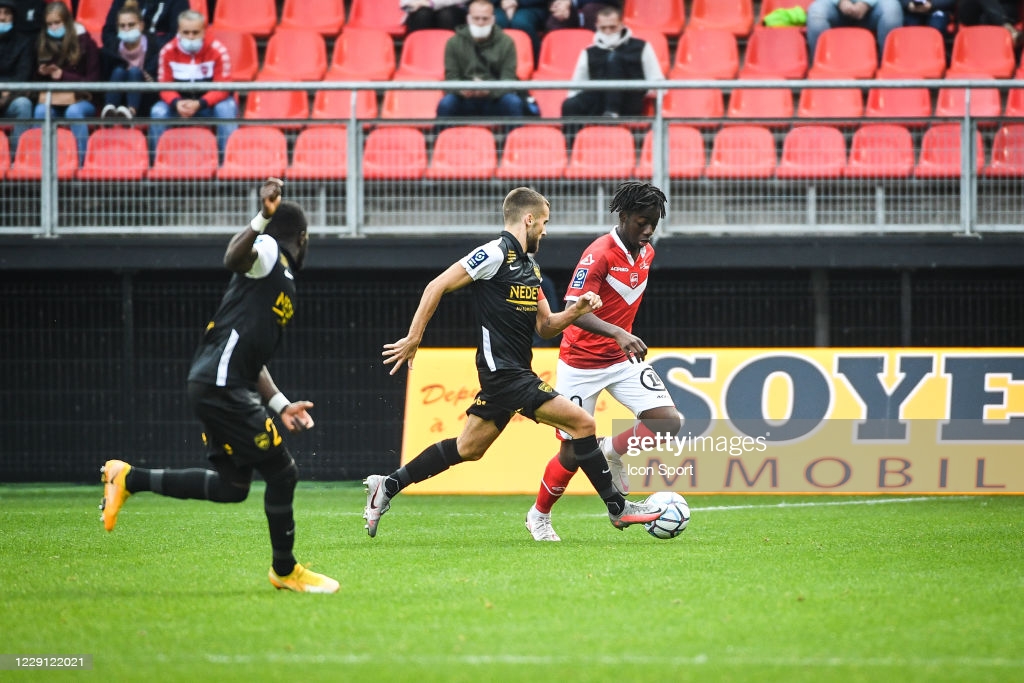 Arsenal are believed to be amongst a growing number of clubs tracking 17 year-old Ismael Doukoure.

The centre-back is currently playing regularly in France’s second tier with Valenciennes, picking up 15 appearances so far this term.

The 17 year-old left Lille in 2017 to join his current club, and earned his way up the ranks to make his senior debut in October 2020 against Sochaux, where he helped his side to hold onto a clean sheet.

Sport Witness claims that both Arsenal and Leicester are keeping tabs on the young defender, while Ligue 1 side Strasbourg are also interested.

Doukoure is likened to fellow French centre-back Dayot Upamecano, who recently agreed a move to European giants Bayern Munich, a player who is rated amongst the best young centre-backs in the world.

Arsenal are no strangers to landing the best young talents around, nor to signing young defenders from France with their recent acquisition of William Saliba.

The 20 year-old is currently on loan with Nice in Ligue 1 after failing to convince the manager that he was ready to make his mark in the first-team, but there is hopes that the manager will reconsider that stance after a number of impressive displays in France.

Could Saliba’s treatment be a possible negative as Arsenal look at signing future young talents from France?