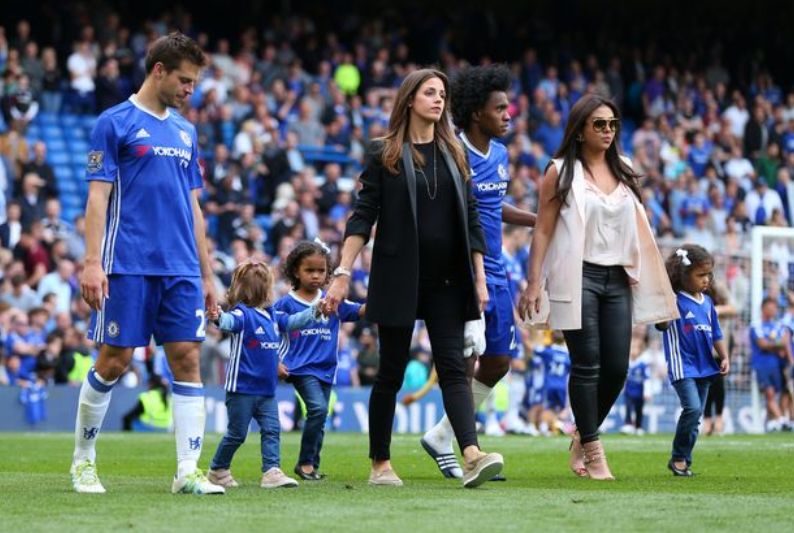 Willian’s wife may have dropped a pretty strong Arsenal hint.

The wife of Chelsea star Willian has done her bit to fuel the recent Arsenal transfer rumours linking the Brazilian with a move across London to the Emirates Stadium when his contract expires this summer.

Willian’s Chelsea future has been in doubt for some time now, with the 31-year-old’s contract close to expiring, leaving him as a potential free agent by the end of this season.

A recent report from Le 10 Sport has linked Willian with Arsenal, Manchester United and Paris Saint-Germain, and now the player’s wife posted a video clip on Instagram hinting that his future will be away from Stamford Bridge.

Vanessa Martins, watching her husband Willian in action against Everton at the weekend with their daughter, posted on Instagram, as quoted by the Mirror: “Going to game, not been easy, days are numbered…but God is marvellous, good things on the way.”

Intriguingly, however, there was also a hint that they could remain in London, as Martins asked her daughter about life in the capital.

This is clearly a saga to keep an eye on, and while Willian may no longer be at his peak, his performance against Everton shows he remains a top talent who could be a decent short-term addition for us, particularly with our other attacking midfielders such as Nicolas Pepe not exactly in the best form this season.