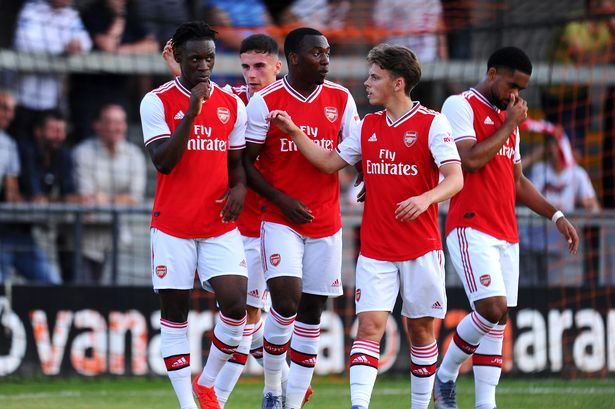 Arsenal youngster Joseph Olowu is on the brink of a move to Cork City.

The January transfer window may be over, but it looks like Arsenal are on the brink of some further work in the transfer market, albeit a pretty low-key one.

According to a report from All Nigeria Soccer, young defender Joseph Olowu is closing in on a loan move to Cork City, with a deal agreed between both clubs.

The report goes on to say that Olowu is preparing to fly out to Cork to put pen to paper on his deal, which will see him remain with the Irish club until the end of this season.

The 20-year-old has long been regarded as a promising talent at Arsenal, though time may be running out for him to really stake his claim for a first-team breakthrough.

Gooners will therefore hope that a loan move like this one can give Olowu the chance to play regularly at a higher level and show what he can do.

At the very least, if Olowu can impress whilst out on loan it could bump up his value a little bit should we choose to sell him in the near future.