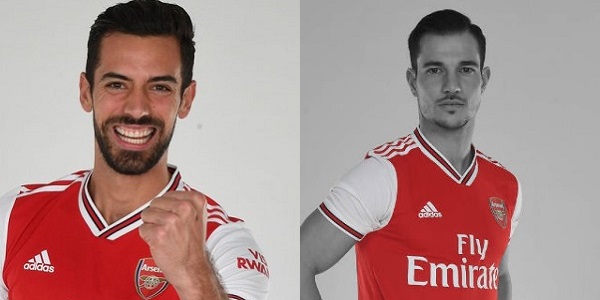 Arsenal transfer window – underwhelming, about right or above expectations?

Transfer window is shut, how well did Arsenal do?

Arsenal managed to bring in two new signings this January transfer window, Pablo Mari and Cedric Soares, both defenders but how do you rate the business conducted by the club?

Personally, I am underwhelmed, my reasons are simple. When all is said and done we have brought in a player that Southampton do not deem good enough for them and a player from Brazilian football that very few had heard of and when you consider he is 26-year-old that to me is telling.

Arguments can be made that both have tasted success, however, there is a history of players that have failed miserably at Arsenal that have won silverware elsewhere.

That said, Mikel Arteta appears very confident he has acquired two players that will strengthen the team and I will, of course, defer to his expertise on this.

I also know that it is difficult to land a quality player in the winter transfer window unless serious money is put down. I also accept that just because a player is not a household name in England or has been discarded by one Premier League side does not mean he will not be a success at another.

But for me, when you have the issues in the team that Arsenal has and you sit tenth in the standings you really should be doing better than simple loan deals on questionable players.

It is a terrible indictment on Arsenal that their financial status is such that they are basically looking in the bargain basement to try and strengthen a team in desperate need of strengthening.

Now, this is my own personal opinion and while I have expressed it here that is not the focus of this article. What I want to know from my fellow Gooners is how you feel about this transfer window and not what you think of my personal opinion.

So, using the comments section below, let us all know how you would rate this transfer window and why.