Arsenal has announced a 20 man travelling squad for the friendly game in France this evening against Ligue 1 side Angers.

There are no real surprises and Shkodran Mustafi has been included despite all the recent speculation surrounding the German midfielder’s future at the club.

Still no Lucas Torreira but that was expected and of course, there is the usual good sprinkling of youth teams players.

There is no Alexandre Lacazette and hopefully, that is more cautionary than anything else following his early substitution in the game against Lyon at the weekend.

Here is the official travelling squad as announced by Arsenal just a few minutes ago. 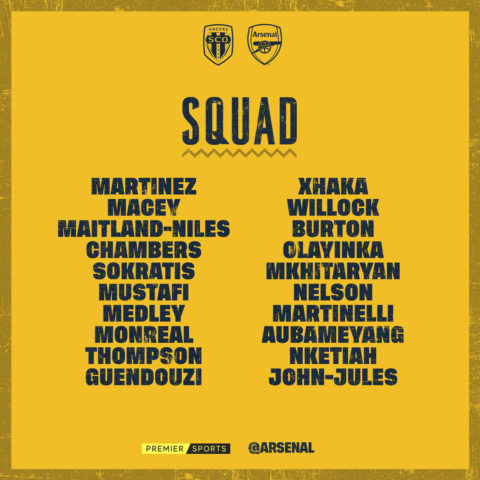 The game takes place at the Stade Raymond Kopa and will kick-off at 6.30pm (UK time).

There will be the usual live updates on Arsenal.com and as we all know now the game will also be broadcast live on Premier Sports.

We will bring you the team news as soon as it is released.