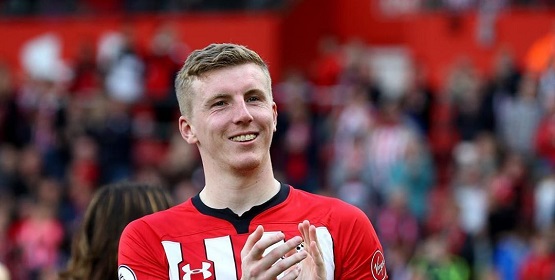 Strengthening the defence is a priority for Arsenal and it is therefore little wonder that so many defenders are being linked with us and we can add another name to the growing list, Southampton’s Matt Targett.

According to the Britsh media, Arsenal has made enquiries about the availability of the 23-year-old.

No actual fee has been mentioned in the report but the assumption is that the former England youth player is in Arsenal’s price range.

Targett is not the first choice left back at the Saints and as long as his valuation is met then he will be allowed to leave St Mary’s this summer.

He only featured in 16 Premier League matches last season and 21 games in total across all competitions.

There are other clubs interested in the youngster including Liverpool, Aston Villa, Leicester City, Newcastle United and Fulham.

So, what can I say, he knows the Premier League so that is a bonus but it is concerning that he is not a regular starter for Southampton and I get the feeling that this smacks of a little desperation, though in all fairness that is just a gut feeling as I do not know too much about the lad.

I have seen a video of him but that is hardly conclusive and if the likes of Liverpool are interested as well as us then he must have shown something to the scouts.

For now, I will reserve judgement until I know exactly what the proposed fee is and once I have learned a little more about him.