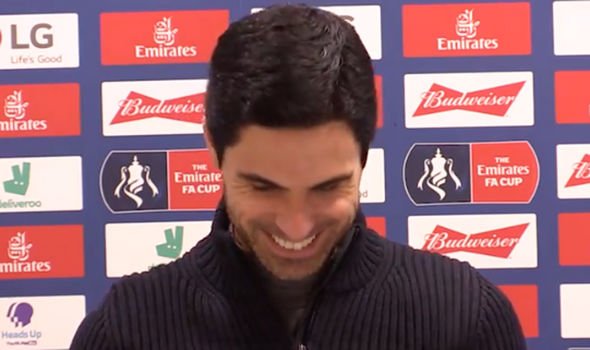 When Arsenal played Chelsea just a week ago, it was very difficult for fans to see how Mikel Arteta would be able to turn things around after 2 months without a win, but somehow the Gunners surprised us all with a convincing win.

Now just 8 days later and we have made it three in a row with a most emphatic 4-0 win over struggling West Brom in the pouring snow, and what a performance it was!

After a slow start with the players getting used to the state of the pitch, Kieran Tierney finally put us in front with a brilliant solo goal with the West Brom defence in tatters, and just 5 minutes later we saw a trademark Arsenal goal with all the quick passing and rapid movement that we have come to know and love, ending up with an easy Saka tap in.

We were never in danger after that and a Laca double in the second half gave us our biggest win of the season so far, and Arteta was very positive about our performance after the game. He told Arsenal.com: “It’s always tough to win away from home and the way we’ve done it was in a really convincing way, especially in this difficult weather, but I’m really pleased. It’s three in a row now in the last week and we talked about the importance of this week for us and to be able to win all three of them is really important.

“Yes. There were moments that I thought we were really good both defensively and offensively and attacking-wise we had movement that is exactly what I want and exactly what we try and teach the players to do. In other moments we became a little bit sloppy in certain moments when we thought that the game was won. That’s something we have to improve. But overall it’s close to what we want.”

After 7 games without a win to suddenly winning three in a row was an amazing turnaround, but does Arteta think that we can now carry on our winning run? He replied: “I hope so. The energy and the convincing momentum that you get from everybody that is involved is much more positive. I wasn’t that concerned with the performances. We lost games where I felt we were really unlucky and most of them it was our own fault because we made some errors and we lacked some discipline in certain moments. But obviously you need to win football matches and now this brings a different momentum, energy and as well the players get the handbrake off and you can see that they are more free to play.

“When I talk about the energy, when you are in a moment where you are winning and playing with confidence, you can see that you can transmit that. The body language is better and you have that enthusiasm that wins help massively for you to build. When we were going through a difficult moment, I said that the most important thing is to maintain the team spirit and the belief that we would turn things around and belief in what we are trying to do. This week, obviously, is paying the price for the way that we have been going together through that period.”

So, three in a row gives us 9 points and we are back up to the heady heights of 11th place in the table, and if we can win the next three we will be back up in congested top half of the table. Our season is far from over, and who would have said that a week ago?