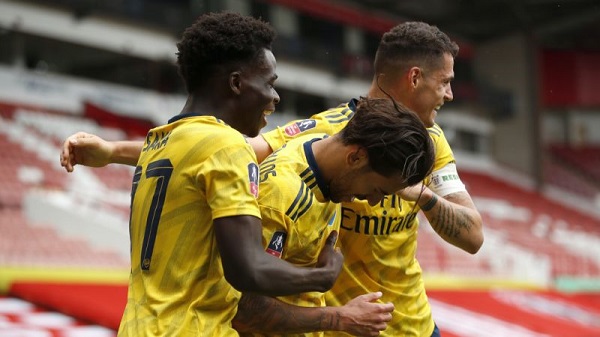 An interesting report from Sun Sports claims that Arsenal will not look to pursue a permanent deal for Dani Ceballos at the end of this season because he hasn’t impressed Mikel Arteta.

The Spaniard joined Arsenal on-loan in the summer because Unai Emery thought he could be a replacement for Aaron Ramsey, who had just left the Gunners for Italian side, Juventus.

Ceballos started his Arsenal career on a bright note and he offered Arsenal fans a breath of fresh air.

However, his fine start didn’t last long, and he started struggling. He was injured when Emery was fired and replaced with Arteta.

On his return from injury, he struggled to convince Arteta to hand him a place in the starting XI.

He has, however, been getting minutes since the restart, but Sun Sports claims that he won’t be signed permanently by the Gunners.

This summer will be an important one for Arteta, as it would be the Spaniard’s first summer transfer window.

The Gunners won’t have too much money available for permanent transfers and Ceballos would likely not come cheap even though Real Madrid doesn’t need him at the moment.

The Spaniard will hope that he can impress in the remaining few games to change Arteta’s mind.