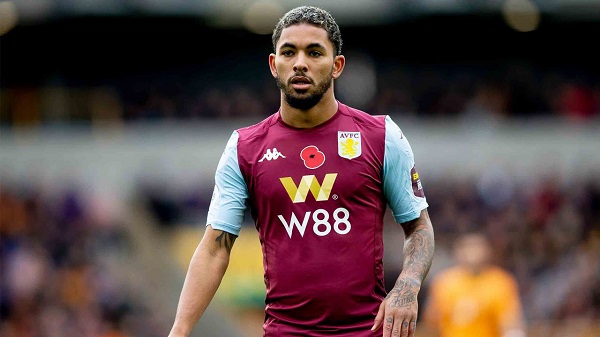 Arsenal urged to pursue their interest in Aston Villa man

Kevin Campbell is convinced Douglas Luiz would be a top player for Arsenal if he joined the Gunners.

The Brazilian is one of the midfielders who have been linked with a move to the Emirates in recent months.

The Aston Villa man has impressed since he joined the Midlands club from Manchester City.

Mohamed Elneny is likely to leave Arsenal at the end of this season and the Gunners should look to replace the Egyptian.

This has opened the door for Luiz to move to London as the next top midfielder Mikel Arteta signs.

His performances for the Villans have impressed Campbell and believes he would be a good signing for the top-four spot chasers.

The former Arsenal man tells Football Insider: “He’s done excellently at Aston Villa. He’s playing even better now that Steven Gerrard has got hold of him – which is no surprise.

“I think clubs like Arsenal have to be looking at the likes of Douglas Luiz. He’s young, there’s plenty of room for growth, and he’s experienced in the Premier League.

“I think it would be a brilliant move.”

Luiz has been the envy of some top clubs in England and that shows he is a genuinely top talent.

The Brazilian is still just 23, which means he is an ideal signing for the Gunners and would only get better with age.

Villa is an ambitious club and would not want to lose such a key player.

This means Arsenal has to be prepared to pay a good transfer fee before they can sign their man.

“Fill the void next season.” Former Gunner thinks he knows why Arsenal is offloading defenders
20 January 2022, 16:45