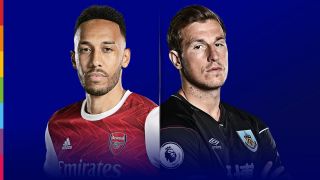 Arsenal will welcome Burnley to the Emirates this evening as they look to overturn their terrible run of form.

The Gunners have just one win from their last seven matches, scoring only twice in that time, and they will be keen to overturn that form.

The performances have improved of late however, and I feel pretty certain that they will end their winless run today.

Burnley have just one win in the Premier League this season, and come into the match with just two goals scored in their last seven outings.

Their struggles should continue today, with Mikel Arteta’s side well in need of the three points.

While the two teams form looks almost identical on paper, I can’t help but believe that we’re set to get back on track today.

I believe we will get a comfortable victory, and am going for a 3-1 win with Aubameyang getting back to scoring.

While he only has a penalty against Man United to his name since the opening game of the season with Fulham, a man of his talents can only suffer for so long, and I believe today will be the day that things turn the corner.