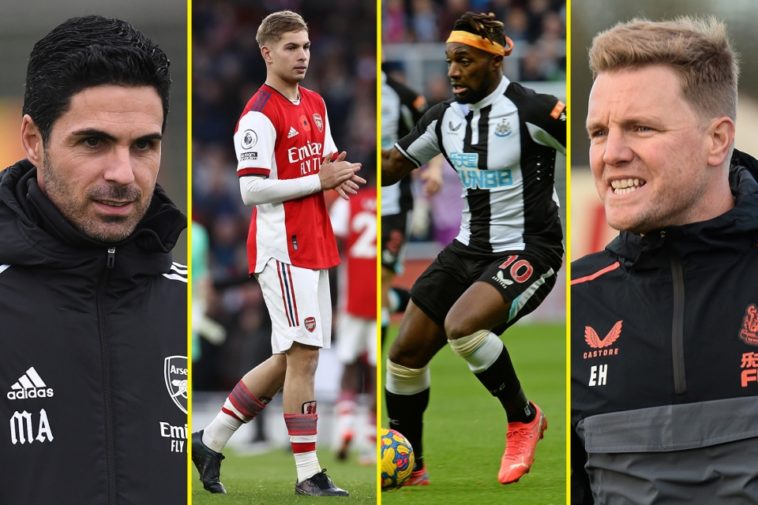 Newcastle will make the long trip to London for tomorrow’s early kick-off as they seek their first Premier League win of the season, but Arsenal are unlikely to be in a charitable mood.

The Gunners lost last weekend which may have been a blow to the morale of the club, but the feeling come out of north London is one of positivity, responsibility and maturity, which tells me the players will be focused on proving a point.

This can only come as a blow to the Toon who have already failed to win any of their 12 PL matches so far, with a fired up Arsenal side expected to show up on Saturday, although they are now expected to have their new manager Eddie Howe in the dugout.

The former Bournemouth boss has tested negative for Coronavirus this morning, and will now be permitted his place on the bench, having been forced to miss last weekend’s clash with Brentford.

#NUFC can confirm that Eddie Howe will be in the dugout for tomorrow's game at the Emirates Stadium after returning a negative Covid test this morning. pic.twitter.com/BxdTVMdJtN

He will have his work cut out for his first match in charge, coming up against who has lost just once in their last 11 outings in all competitions.

I believe this could be a painful eye-opener to Howe, as I believe his side are going to be on the wrong side of a beating. While I rate him as a manager, I don’t believe he would have had long enough in charge to make a difference, and can see his side losing 4-0. I expect both of Lacazette and Aubameyang to get amongst the goals, sending a message to our doubters who are doubting our credentials after our loss to Liverpool last weekend.

How do you see the clash playing out? What is your early score prediction?

Arsenal have no “serious bid on the table for Aubameyang” – Newcastle not interested
6 January 2022, 10:37