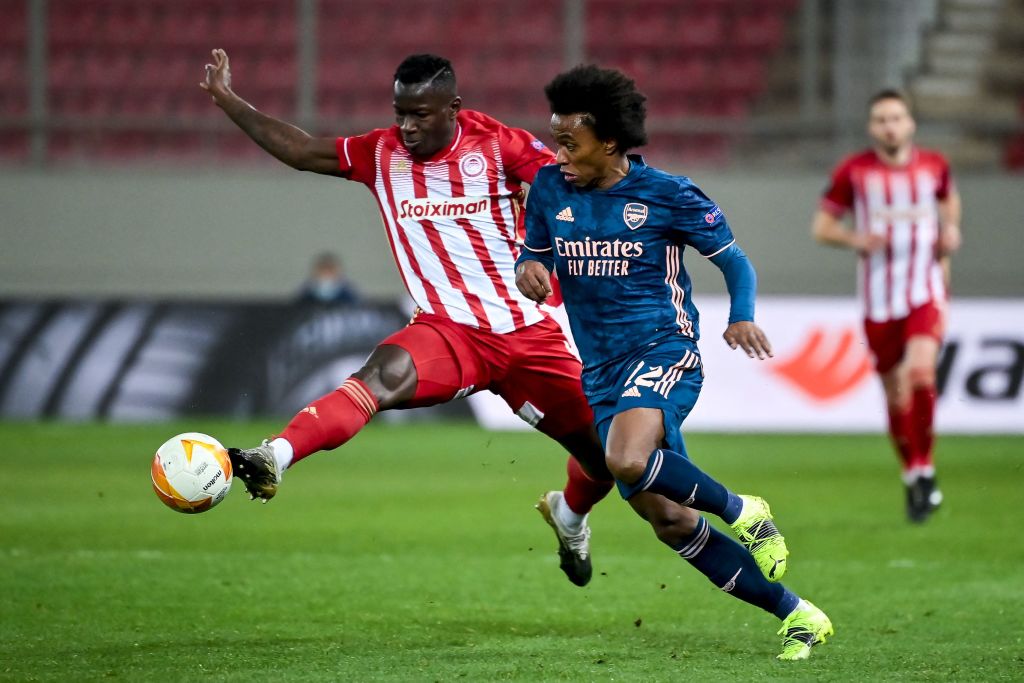 Olympiacos will come to the Emirates this evening as they try to overturn Arsenal’s 3-1 lead.

The Gunners were dominant in the opening leg of this knockout round, and only thanks to some disastrous possession play inside our own half did we allow the Greek giants to score a goal.

Olympiacos will now need to score at least three goals, and win by at least two to have any chance of making into the next round, while a 3-1 scoreline will of course take the match into extra time.

Arsenal are unlikely to ring too many changes to the squad after they were eliminated by the same opponents last season, when their 1-0 victory in Greece was reversed at the Emirates, with Olympiacos scoring in extra time to go through on away goals.

Pedro Martins side have the stronger grip domestically, but were showed up to be second-best in the first-leg, and the fact that they need three goals will surely leave them liable at the back.

Arsenal have hit form at the right time, winning four of our last five matches in all competitions, and I struggle to see anything different tonight.

While Olympiacos need the win, our attack will feed off that and I can see us scoring another three goals today.

Arteta will likely want a calculated approach, but the space will be forced as our opponents try and get back into the tie.

I can see us winning the tie 3-1 for the second time, but wouldn’t be shocked to see us score more than three given the circumstances.

What are your early predictions for the tie?