Arsenal will play host to their noisy neighbours this afternoon at the Emirates for their latest North London Derby clash, with neither enjoying the most consistent of seasons.

Neither team currently occupies any of the European spots in the division, and both could well be prioritising their Europa League campaigns for a shot at Champions League football for next season.

Both teams have a two-goal advantage from their first legs of their EL knockout round matches from Thursday, and should both be feeling confident of their chances today.

Tottenham actually come into today’s big game on the back of five consecutive wins in all competitions, scoring 15 goals goals and conceding only once in that time, albeit with four of those matches played in their stadium. On the road they have just one win and three losses from their last four in the Premier League which could well be a worry for them.

Arsenal’s form is far from bulletproof, but we have only lost twice in our last 10 matches at the Emirates, both of which came at the hands of Manchester City, and we simply cannot be written off against any side.

As much as Spurs form has been boosted in recent weeks, I don’t think they are as solid as they feel. I don’t see us losing today, and am going for a nice 2-1 victory, possibly with another Odegaard goal after he broke his duct in midweek.

What are your early predictions for the NLD this weekend?

Arsenal must use Tottenham as springboard to further success
15 March 2021, 14:02 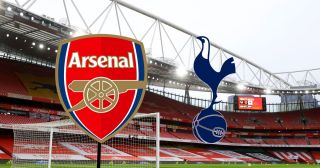