Arsenal v Spurs build up -“To enjoy the derby in the best way is to win it,”

This may be the biggest derby of the year for Arsenal and Tottenham fans, but in reality a meeting between a team in 7th and a team in 10th in the League table is hardly a big pull for the neutrals. Nevertheless us Gooners will be glued to the TV watching events unfold and begging the Gunners to just win this ONE game, for us the fans.

Many fans think that the interest in the North London Derby has been diluted by the influx of foreign players to the Premier League, but it doesn’t take long for the atmosphere to sink in. One Tottenham player that has played in many derbies is the Frenchman Hugo Lloris, who has been a Spud for 9 years now and made over 350 appearances for our rivals. 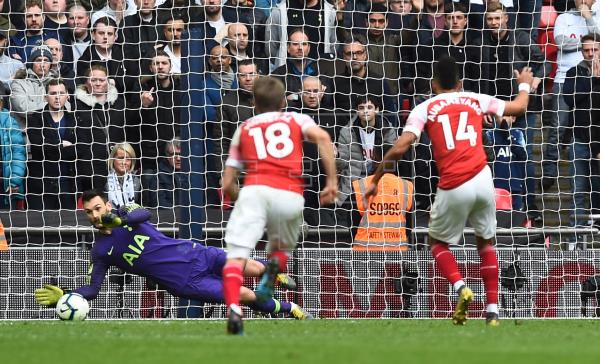 He told the official Spurs website: “First of all, it’s just the taste, to enjoy the derby in the best way is to win it,”

“It’s not necessary to see the table. This is a game about pride, and even more because both teams are not in the place we expected.”

“We are in a good moment, but we have to keep our feet on the floor, stay calm, recover well and prepare for the game as best as we can,”

“We need everyone ready. The squad is quite complete and we can see in any training session that players want to play, players want to help the team and that’s good, the mentality is there.”

Both teams are in good form, if you can overlook the defensive clangers. Arsenal have scored 10 goals in our last 4 games, while Tottenham have notched up 15 in their last 5. Hopefully our strikers will outscore theirs and Leno will have a blinder!